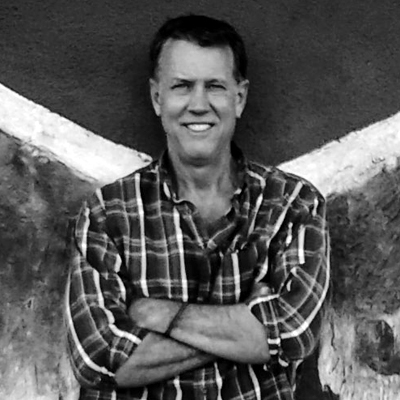 “With camera in hand, I lend my passion to explore the true essence and energy of each individual, product, and location that I photograph.
And, as an educated and experienced advertising and people photographer, not ignoring the innate pursuit I have towards even deeper expression as I create via my photographic fine art photography, I approach each assignment and canvas with that same passion still peaking,
and in check. I can honestly say, I truly love what I do, and I am doing with my life what I am supposed to be doing.”

With previous experience in Florida, California, and Nevada, Photographer Doug Heslep is now located, and offers his services in Austin, Texas. The
areas of expertise within his creative photography are Fashion, Editorial, Modeling, Acting, Beauty, Professional Portraiture, Product/Advertising, Food, Architectural, and Photographic Fine Art Projects. He has over 30 years studio and on location experience, which is complimented by his prior undergraduate and graduate education in Photography from Sam Houston State University in Huntsville, Texas. Yes, he is originally from Texas, and has come back home. His primary goal is to provide imagery specific and unique to the brand, individual, or subject matter he is working with. To translate the aforementioned most effectively, his clientele can be assured he is qualified, dependable, and doesn’t provide cookie-cutter sessions!

Doug enjoys being a people person, and thrives on the interaction with his muses and clients. No matter the experience level, he strives to bring out the personality and character of those in front of his lens, which is in his opinion is what makes an image believable and marketable. When working with Doug, he engages the highest levels of respect and professionalism as his top priority. Accused of being a perfectionist as well, he doesn’t believe in the term, “that’s good enough”, for as a general rule his goals are to deliver beyond expectation.  Normally brought in to work on a project because of his ability to conceptualize and finalize, Doug is also a team player and welcomes collaborating with others who also represent your best efforts.

On a more personal, closing note…
Doug became a single parent early on in his career, and it even pre-dated the start of his graduate school studies in 1986. His son, Alex, now thirty-eight years old and a dad himself, was hitched to his side exclusively since the age of fourteen months, and dredged right on along with him thru it all until he went off to college. Along the way, Doug even managed to coach Alex’s little league baseball team for five seasons, which definitely made for very long days, but in his heart worth every effort. Then there was the every Thursday night, since Alex was eight years old, and for the following twelve years, that they played Ultimate Frisbee as a team sport together. Doug is proud to have been a dedicated parent, and considers this to be the largest influence on who he is today, molding him both personally, and of course indirectly within his career.

Again, obviously being a well rounded team player, Doug is definitely someone you want on your sideline.